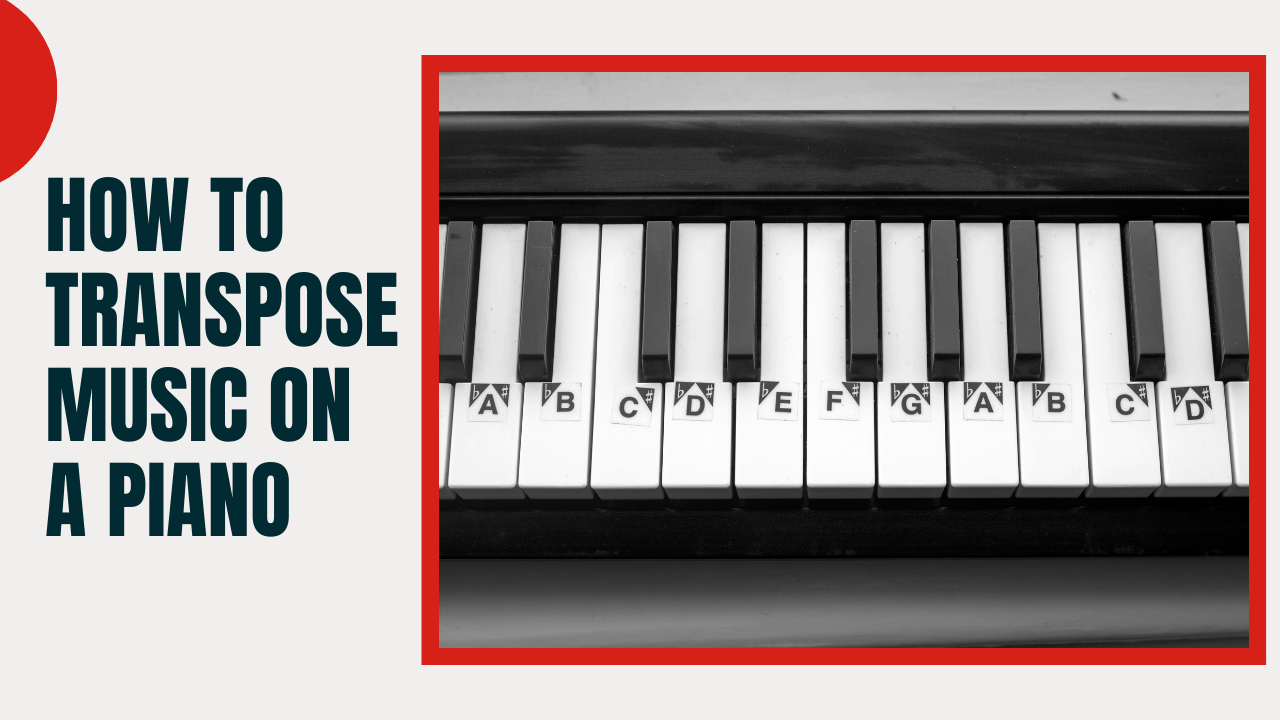 Transposing music is when you have a piece of music and you then shift it down or up into a different key signature. This may sound complex, but it’s pretty easy when you understand a little music theory. As an example: let’s say that you have a melody in the key of C which has the note progression C, D, E, D, and C. If you wanted to transpose this tune up by a single step to the key of D this note progression would change to D, E, F#, E and D. The tune would be the same, but the pitch would sound a little higher and that is transposing in a nutshell. Let’s take a closer look at why you may want to transpose a melody and how this process works.

Why is Transposing a Useful Skill?

There are four main reasons why you should consider transposing to be a useful piano skill, they are:

It’s Useful When You Play Music with Other Musicians

Imagine a scenario where you arrive at a concert or practice session and you’ve forgotten your books. A guitarist in your band may want to switch from a standard tuning of E, A, D, G, B, and E down by a half step to Eb, Ab, Db, Gb, Bb, and Eb. The guitarist may be showing you the chords they are playing but that doesn’t match up with a keyboard. As an example: as the piano player you may need to transpose an E minor chord supplied by the guitarist down to an Eb minor to match up the sounds and make them sound natural. If you have some music theory knowledge you can jam with other musicians and adapt to any non-standard tuning they adopt.

Songs Are Easier to Learn and Play

As your playing skills develop, you will want to add more songs to your repertoire. You may download and print off some sheet music and panic when you see a key signature that contains several sharps. For a new player, even 3-4 sharps can be a daunting prospect, and transposing can fix this problem for you. As an example: You want to learn a song in the key of F# major with 6 sharps and it’s beyond your current skill level. The solution is to transpose it up by a single step to the key of G major and then you only have to worry about a single sharp. This is only relevant for modern pop music when you want to work out a melody or chords and it doesn’t translate well to classical pieces.

If you aspire to be a singer/songwriter, you will quickly notice that the notes you want to reach are occasionally out of your range. Singing lessons can help with this, but you will still find a use for transposing when you want to sing certain songs. After all, some notes may be suited to a male voice, they can be low notes that a female cannot replicate or vice versa. In this scenario, you could pitch the notes up by a 4th to create a pitch that you can sing confidently. As a male singer, you may want to sing a part written for a female vocal and you would reverse the process by transposing down by a 2nd or whatever other distance is required.

When you learn to transpose, you will become more comfortable playing in different keys. Most new piano players tend to learn pieces in C major only and they have trouble adapting to other keys. This limits their ability to play new pieces and they can become discouraged. But, learning to transpose can open up a whole new world of songs to play with very little effort. This will also help you to understand different key signatures and have fun playing in them.

How Does Transposition Work?

As we’ve seen, transposition is simply transporting a musical piece from the original key to a different key. Essentially, you’re playing the same melody, but you’re using different notes. Let’s take a look at an in-depth example to illustrate this process:

Let’s say that you’re playing a simple five-finger pattern using the notes C, D, E, F, and G. You’re playing this tune in the key of C and this means that you’re going to start playing on the C note. But, if you wanted to transpose this tune to the key of G major you’re going to start on the G note instead. In this case, the new note progression would be G, A, B, C, and D. This is a very simple example because there are no sharp notes because we are not playing an F note. If the F note was included in the original note progression it would have to be an F# when the key signature was changed to G major.

When a piece of music is transposed, we can change it to sound lower or higher than the original. This will be determined by the key that we move it to and nothing else will change. Transposition will not alter articulations, dynamics, rhythms, or any other characteristics that are required to play the piece accurately. However, the new note progression must include any new flats or sharps and the initial key signature must be avoided. The same distance between the notes must be maintained to preserve the correct notes for the piece. Remember that two notes located next to each other on the keyboard are whole step or half step notes. A half step contains a single note and a whole step contains two half steps.

As you progress, you will notice that this pattern is repeated in scales, every major scale has a half step between the 3rd and 4th notes and then again between the 7th and 8th notes. So all you need to do is remember the patterns if you can’t remember the key signatures or you’re new to a specific piece of music. If you do transpose a piece and it sounds weird it’s likely that you’ve missed a key signature note. This is usually a sharp or flat note and this is a common mistake when you’re new to transposition.

Develop this technique with simple pieces, you soon be playing a wider variety of music styles and your music theory knowledge will improve. 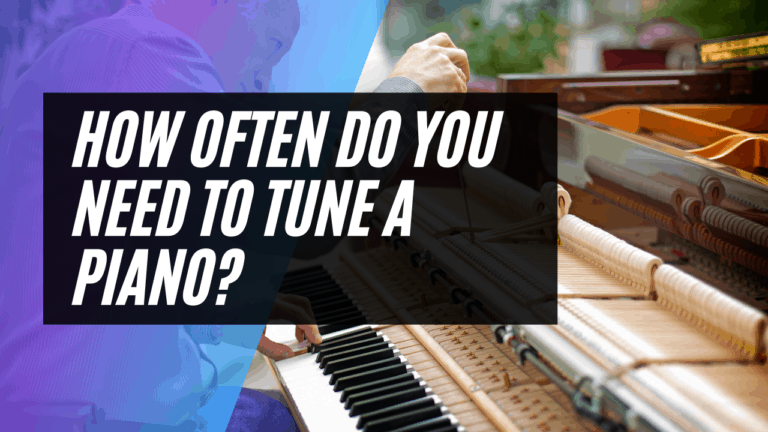 A piano represents a considerable investment so it makes good sense to take care of your instrument. This can include basic tasks, such as cleaning, dusting, and polishing to keep the piano in great condition…. 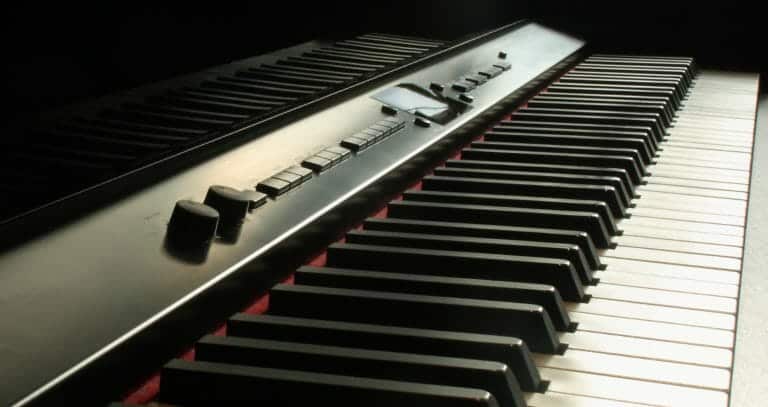 If you’re curious about what the Best Piano Keyboard under $300 is, you’ve come to the right place. Whether you are a budding musician, somebody who’s been in the business for a while, or just… 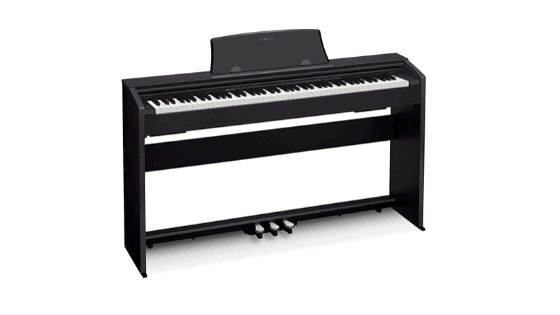 Its hard to determine what is cheap and what’s not for some people. I have put together what I feel are the best cheap digital piano with weighted keys. I have limited my recommendations to… 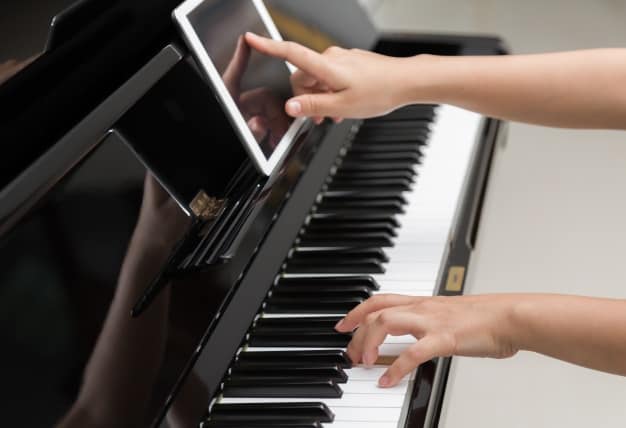 Marvel Piano is becoming very popular among new piano enthusiasts. I was very excited to my Piano Marvel Review. I dive into all aspects of this course to see if it really is a good… 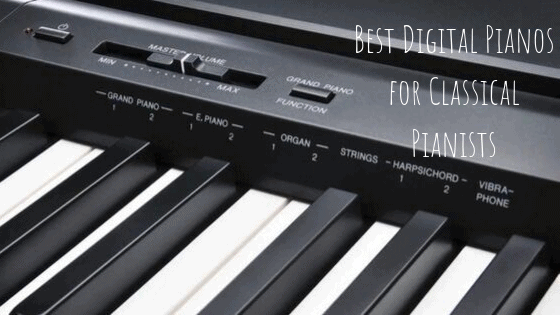 Classical pianists take their piano playing to whole other level. They are passionate about playing and have an acute ear for sound quality. Performance and sound quality are crucial to meet their demands. Now if…