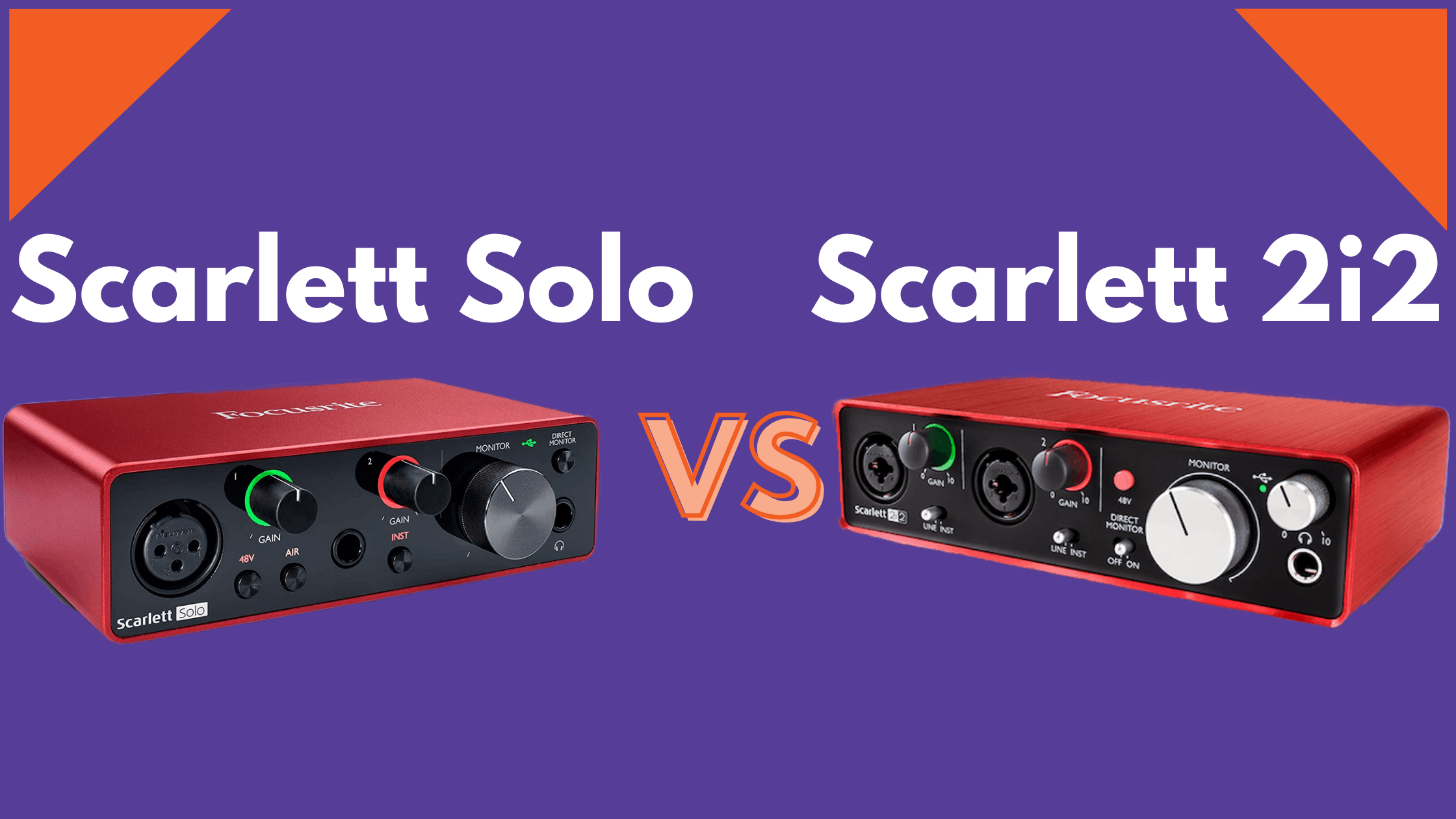 Focusrite’s Scarlett series of budget-friendly yet high-quality audio interfaces have found their way into countless recordings and home studios. Even pros looking for a portable addition to their rig have adopted the Scarlett interfaces.

Now into their 3rd generation, the Solo and 2i2 remain the most popular products of the Scarlett range. If you’re looking to buy your first Scarlett audio interface, you might be unsure of which one to buy. In this article, we will take a look at both interfaces and discuss their pros and cons to help you decide.

The Solo is the smallest and cheapest entry in the Scarlett series. Its name comes from the fact that it is aimed at solo performers/recording artists. A typical case that fits its target demographic is a singer-songwriter who might be playing the guitar while singing.

The Solo interface features a single XLR microphone input. The input is equipped with pristine quality Scarlett preamps that Focusrite has become known for. The input can handle the hottest of signals without distorting or significantly coloring the sound. The Solo can capture sound at resolutions up to 24-bit/192kHz.

This enables you to record studio-quality vocals or instruments with a microphone at home or on the go. Further, the 3rd generation of the Scarlett Solo features Focusrite’s trademark ‘Air’ emulation, accessible with the push of a button. This feature emulates the sound of the classic Focusrite ISA preamps, giving your vocals or instruments a more open, bright sound.

In addition to the microphone input, the Solo features a dedicated Hi-Z instrument input for plugging in your guitar or other instruments with a TS jack output. The instrument input provides clean high-quality A/D conversion with ample headroom for recording instruments clearly with a high dynamic range.

For its output, the Solo interface features two line outputs at its back for left and right channels going out to the main speakers/monitors. The output level for these is controlled by the large monitor level knob on the front.

The Solo also features a headphone output along with a near-zero latency direct monitoring option switched on by pushing an associated button. Turning this on will let you hear your voice or instrument’s sound directly from the interface without the added latency of passing through your PC and DAW.

However, it must be noted that the Scarlett Solo does not feature a separate volume control for the headphone output. It shares a common level control with the monitor knob. This can become an inconvenience if one wants to record while just monitoring on headphones and the speakers themselves don’t have in-built volume control.

The Solo features the iconic red brushed metal finish of the Scarlett series. With its sturdy metal casing and reassuring weight, the Solo is the most compact of the Scarlett line of interfaces. This makes it perfectly suited to carrying around for gigs or recording on the go.

The front face features a large dial for controlling the monitor levels. The XLR microphone input and instrument input each have their dedicated gain knobs. The gain knobs feature Focusrite’s signature ‘Halo Rings’ which light up when a signal is detected on the inputs.

They light up green when the signal level is healthy, and red if the signal is too hot and on the verge of clipping. You can thus rest easy about setting the perfect levels and use these lights as a useful indicator to ensure you’re recording at optimum gain.

The microphone input has a switchable Air button to enable its aforementioned ISA emulation mode. Another button controls 48v phantom power to this input.

The instrument port has a button labeled ‘INST’ for enabling the Hi-Z mode to record instrument inputs. Finally, there is a ‘Direct Monitor’ switch above the headphone output to enable zero-latency hardware latency.

The Scarlett Solo is a good option if you only plan to record a single performer at a time. If you play the guitar and sing and are looking for a budget option to record yourself in high quality, the Solo is for you.

The lack of universal combination inputs limits the Solo to only one microphone and instrument at a time. The lack of an independent headphone volume control further limits flexibility for multiple performers.

If you’re looking to record two performers at a time, with added flexibility over the types of inputs, read along to find out about the Solo’s bigger sibling, the 2i2.

The 2i2 is a step above from the Solo in terms of the number of inputs and flexibility. Though similar in terms of build and components, it opens up more possibilities by allowing 2 inputs of any type and individual control of each.

If you plan to be recording two artists or need 2 microphones on a source (for example in a stereo recording), the 2i2 is an excellent investment.

Compared to the single XLR-only microphone input in the Scarlett Solo, the 2i2 features 2 universal combination inputs. Each of these inputs can accept either a microphone XLR cable or an instrument cable. Like the Solo, the 2i2 provides studio-quality recording at up to 24-bit/192kHz resolution.

Both the inputs feature high-grade A/D converters for a super clean signal even at high gains. Further, both inputs feature the aforementioned Air emulation to achieve an open, bright sound inspired by Focusrite’s classic ISA consoles.

Where the Solo has a single dedicated Hi-Z enabled instrument input, any of the combination inputs on the 2i2 can accept either a line-level input or configured to accept an instrument input by pushing the corresponding ‘INST’ button for the input.

Thus we see that the 2i2 greatly expands the options for sources that can be recorded simultaneously. You can record two dynamic or condenser microphones, one microphone and one instrument, or two instruments separately.

You get Focusrite’s Air emulation on each channel as well as the option to configure any of these as a Hi-Z instrument input. Thus the Scarlett 2i2 is very well suited to studio or live applications involving two separate sources or performers.

The output section of the 2i2 is similar to the Solo with a few key differences. It also features 2 line outputs going out to the left and right monitors/speakers. As with the Solo, the monitor level is controlled by a large dial on the front.

The difference lies in the headphone output. Unlike the Solo, the 2i2 features a dedicated headphone volume control. Therefore it is possible to monitor only on headphones while turning down the monitor level easily, without depending on the controls on the monitors themselves.

Additionally, the Direct Monitor switch on the 2i2 provides Mono and Stereo options. To compare, the Solo would by default sum its microphone and instrument inputs to mono when direct monitoring was enabled.

In the 2i2, you can choose to either sum the two inputs to mono, or have them play back in a left-right stereo image (input 1 to L and input 2 to R). The mono option is useful if you’re monitoring sources that don’t need to be placed in stereo, for example, a guitar that is recorded with both a microphone and a DI output.

The Stereo option is useful to monitor sources where stereo positioning is important, for example, two overhead mics on a drumkit, or the left and right channels of a stereo source like a keyboard or synthesizer.

The 2i2 is visually similar to the Solo, with the same red brushed metal housing and identical knobs and buttons. Due to the addition of another input and associated controls, it’s slightly heavier and larger in size.

On the front face, instead of one dedicated microphone and instrument input each like on the Solo, the 2i2 features two universal inputs, each with its associated ‘Air’ and ‘INST’ buttons to enable ISA emulation and Hi-Z input respectively.

As with the gain knobs on the Solo, the 2 input gain knobs have Focusrite’s signature halo indicators for a quick visual reference to ensure healthy input levels. A large monitor level dial controls the output volume of the external speakers/ monitors.

The difference from the Solo arises in the presence of a dedicated headphone output volume knob, and a Direct Monitor switch that provides Mono and Stereo options as explored before.

If you plan to record 2 performers, stereo sources, or 2 separate sources simultaneously and independently, it is highly recommended to pick the Scarlett 2i2 over the Solo. The presence of two independent universal inputs ushers in far more flexibility than the Solo’s dedicated inputs can offer.

However, it would have been useful to have separately phantom power switches for each input. That way, one could use a condenser microphone along with a dynamic or ribbon microphone without fear of damage to the mics that don’t require phantom power.

It is considerably pricier than the Solo, so if you’re very constrained in terms of budget, you might need to weigh your options and see if the 2i2’s added functionality would actually serve your requirements.

By now, we have a pretty good idea about the specifications of the Focusrite Scarlett Solo and 2i2. To further ease the process of choosing between the two, it might be useful to tabulate the differences between the two concisely:

Which interface is better?

As hopefully made amply clear by this article, the question isn’t so much which of the two interfaces is ‘better’, as it is of which is more suited to your purposes.

The Scarlett Solo and 2i2 are both high-quality devices that provide studio-quality sound recording at very affordable prices. Both share the same core components and builds, with the difference only lying in the number and type of inputs and outputs.

To summarize what has already been discussed:

I hope this post will clear up any doubts you might have had about purchasing the right interface to kickstart your audio journey! As always, happy hunting! 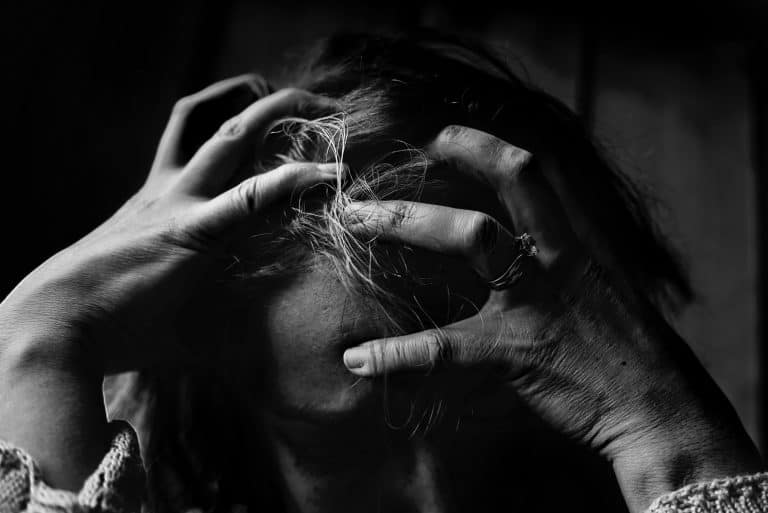 Sometimes you are faced with a huge mental block where you cannot conjure up a beautiful piece that’s going to bring about a myriad of emotions in listeners! But why is it so hard to… 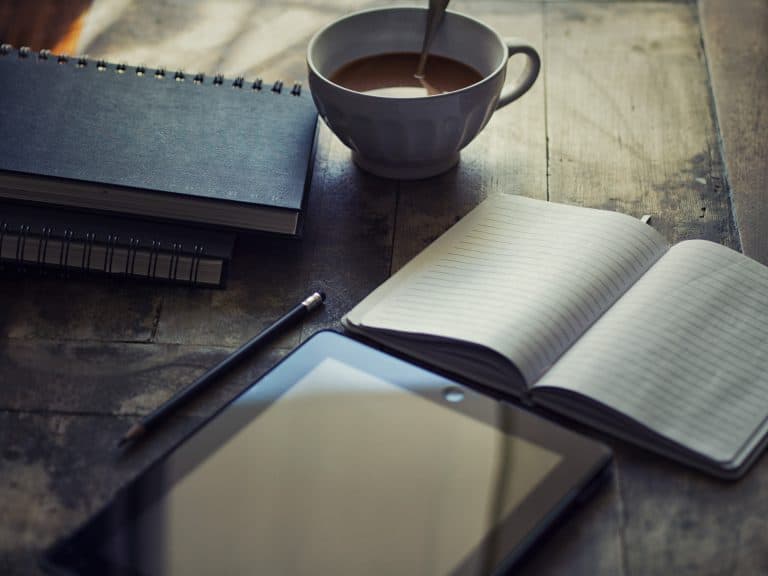 Knowing how to write a song from the heart is paramount; especially if you would like to move your audience or that special someone. It’s an incredible feeling when you connect with people and invoke…