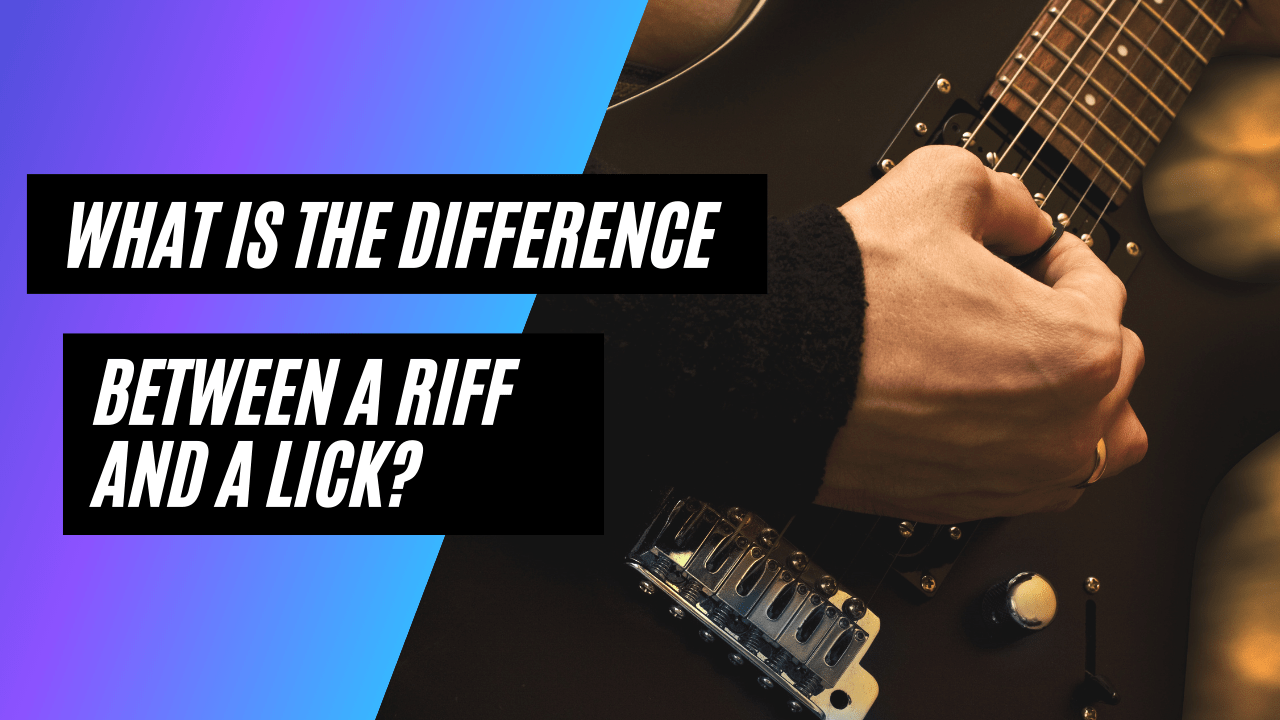 As a guitar player, you have probably heard the terms riff and lick, but you may not know how to distinguish the two of them. In this article, we’ll take a look at the two terms, so you finally understand them. We tend to get the terms riff and lick mixed up from time to time. Both of these terms are quite different from each other, so let’s have a look at both of them,

Most popular songs are made up of a series of riffs. A riff helps to establish the beat or groove of the songs. A good riff is instantly recognizable, and it’s even something you may be able to hum along to. Think of songs such as Satisfaction by The Rolling Stones, Enter Sandman by Metallica, or Back in Black by AC/DC. You have probably hummed along to these songs many times before.

Sings Recognition by the Riff

Some bands are instantly recognized by their signature riffs. For example, most people think of the song Back in Black by AC/DC when they think of that band. The song contains a great riff. Crazy Train by Ozzy Osbourne is another example as everyone recognizes the riffs in that song.

The riff is the