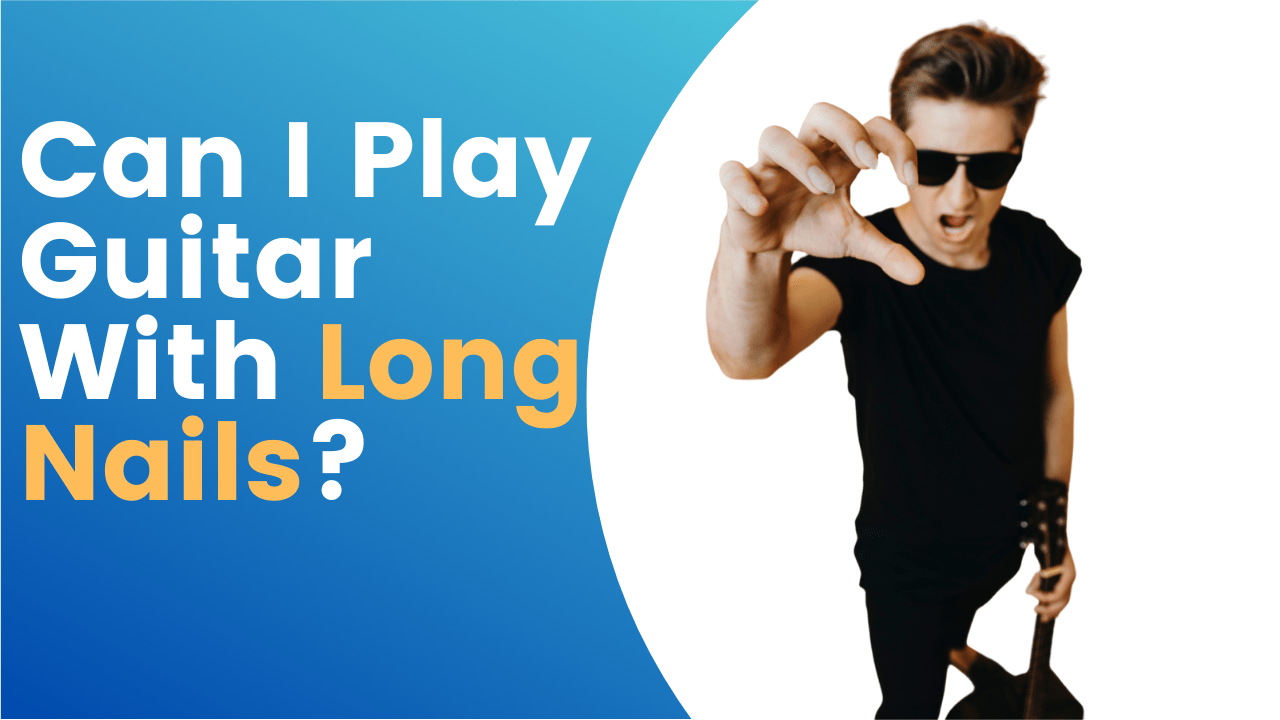 Nails and the Fretting Hand

It's quite difficult to play guitar if you're fretting hand has long nails. The reason for this is that the strings can get under your fingers and catch on the nail while you are playing. This can cause a lot of pain and discomfort. What you want to do is to have your nails as short as possible on the fretting hand.

You need the entire fingertip to press down on the strings properly. This is important while soloing, playing chords, finger-picking, and so on. It's difficult to get the proper string connection if you have long fingernails on the fretting hand. Try to trim your nails as short as possible on the hand you're going to use while fretting chords.

So, it's almost impossible to have long fingernails on the fretting hand. Anytime you run into difficulty playing guitar, it might be because your nails are too long. Far too easy for your finger to catch under the nail when they are long, so cut them down so they are as short as possible.

The good news is that for the strumming hand, you can have your nails as long as you like. Some players prefer to use their nails for strumming the chords and picking up single notes. Then they do a pick. When you use a pic, this is simply an alternative to using your nails. The nail is used in many different types of music. Let's discuss a few of the ways you can use your nails while playing guitar.

The nail comes in handy if you want to fingerpick. This is because the tip of the nail is sharp and quite durable, so you'll get a nice percussive attack on the strings while you're playing guitar. It is easy for you to grip the strings with longer nails, and this helps chords, as well as single notes, ring out while finger-picking. If you've never tried finger-picking with your nails, now is a good time to give it a go. It's an excellent way to get a great tone out of your instrument.

Some guitar styles, such as Flamenco or Spanish music, sound great when using your fingernails. Again, this is because of the percussive attack that your fingers give against the strings. You can try your own favorite guitar style If you happen to have longer nails and want to play the guitar with your nails and not a pick.

It's also easy to strum the guitar if you have longer Nails because they will make contact with all of the strings so you can brush your entire hand across the strings. This will take a lot more practice than it does with a pick, but once you get good at it, you can make a lot of interesting sounds by using your fingernails.

Another way you can play your guitar and mimicked the sound of your fingernails is to use what are called fingerpicks or thumb picks. Some players prefer these only on their thumb, what others like them on the thumb as well as the fingers. These are small picks that mimic is a fingernail and give you a nice attack against the strings. Some guitar styles, such as fingerstyle Blues, make good use of the fingerpick as it helps facilitate the playing of this style. You can try a combination of finger picks and regular fingerstyle playing with your own nails and see what you prefer the best. Some players prefer to use the finger picks exclusively, while others prefer their own original nails.

It's critical to look after the nails on your strumming hand if you want to be successful playing the guitar with nails. You should make sure you eat a balanced diet and drink plenty of water, so your nails are healthy. You have to look after the nails periodically to remove sharp points, sharp edges and to smooth the nails out. You don't want them to be too long or too short. You need to experiment a bit with the length until you find a fingernail link that you prefer for playing guitar.

Another thing you can do if your nails are prone to breaking is to use fake nails that go over the top of your regular nails. You can also use nail hardening agents such as nail polish to help your nails last longer, so they're not breaking as often. Some players like using fake nails because they don't have to look after their own nails as much. This can be important if you have aligned performance for a gig coming up and you happen to break one of your nails before the performance. Using a fake nail can help you get through that performance without any difficulty.

So, it is possible to play the guitar with fingernails. What you have to keep in mind that nails work on the strumming hand and not the fretting hand where you can have nails as it’s difficult to move chords around the guitar neck or to play solos because the nails are getting in the way of your fingertips making contact with the stranger.

Nails on the fretting hand, however, give you a lot of different options in terms of your sound and how you approach the guitar. You can also use things such as finger picks for fake nails if you don't want to use your regular nails. Try experimenting with these options and see what you can come up with. If you do use nails to play guitar, make sure you take good care of them 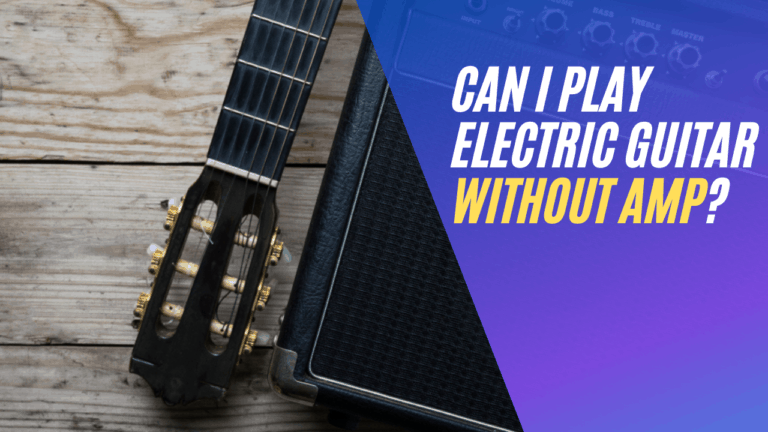 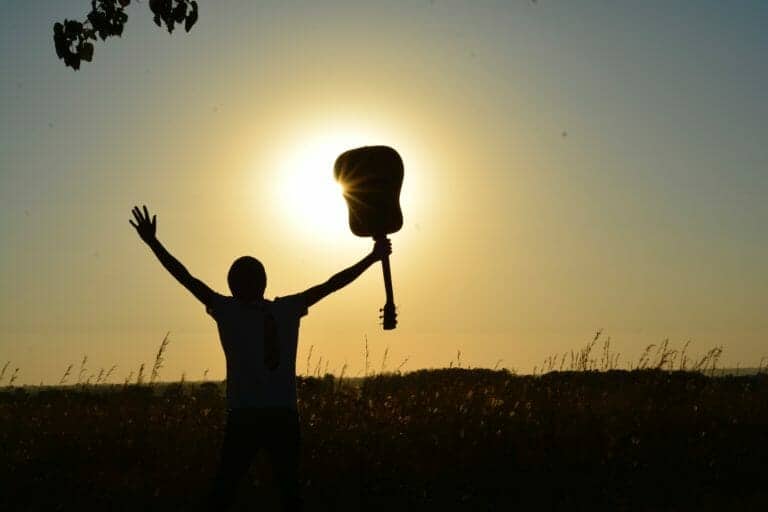 You are here because you want to know how long does it take to learn guitar? Unfortunately I can’t give you an exact answer. But I can give you some guidelines on how long it… 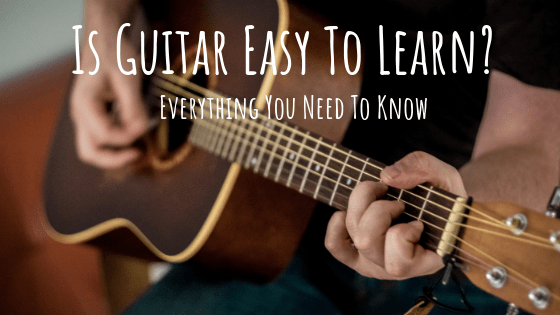 Is guitar easy to learn? Well it can depend on two key things really. Your approach to learning and your commitment to learning. In this post I will explain how to teach yourself guitar. Commitment… 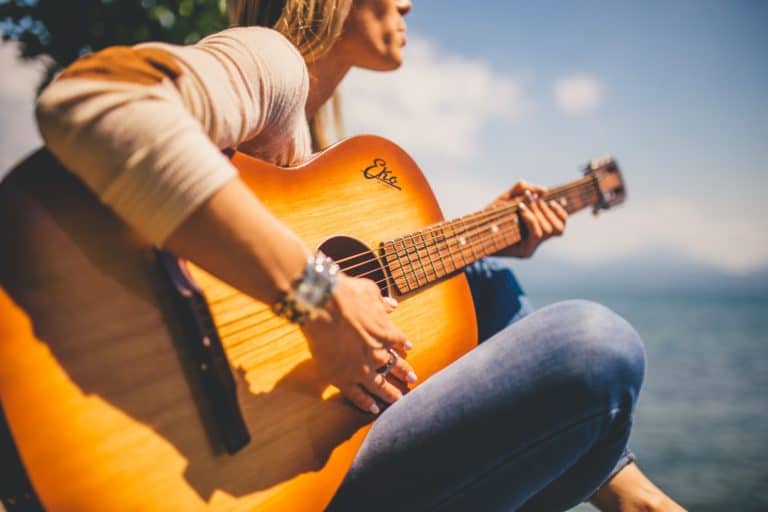 Do you want to know if you can learn guitar on your own? The simple answer is YES. However, it must be said; you cannot just pick up a guitar from scratch and start playing… 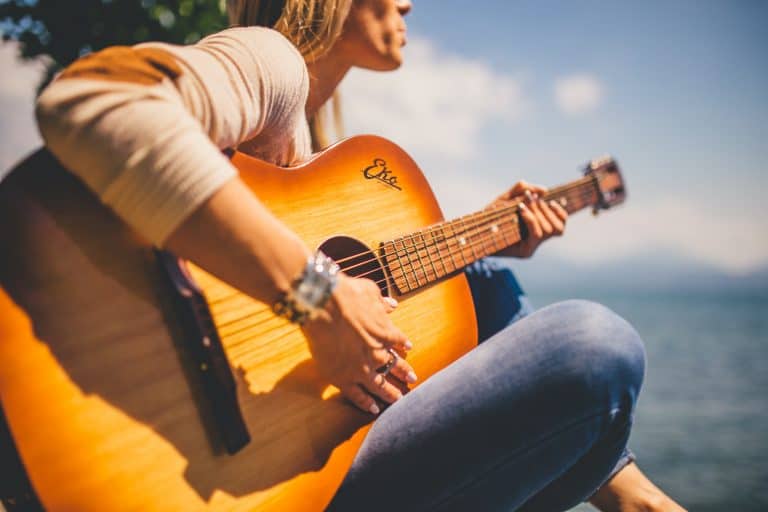 How much should I spend on my first guitar? It’s a common enough question. If you want a straight answer on how much you should spend on your first guitar; I would say between $200-$400…. 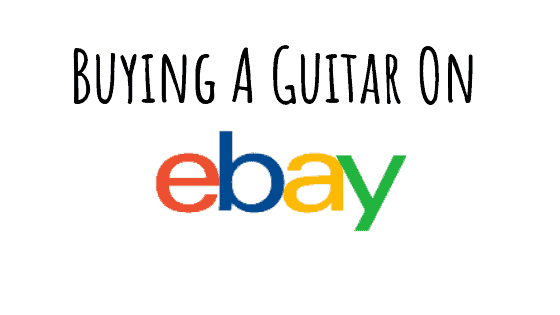 Buying a guitar on Ebay is a lot more popular than you think. There’s some great deals to be found on eBay. Not just used guitars, but brand new ones as well. I am here…